Home » Personal Finance » Investing » Retirement » Should We Try to Leave Something Behind?

Should We Try to Leave Something Behind?

The following is a guest post by MMD from MyMoneyDesign.com, a blog about designing a plan for early retirement, endless wealth, and having a better life! If you are interested in submitting a guest post, please see our guest posting guidelines.

Did you or anyone you know ever receive any money from a loved one after they passed on?  If you haven’t recently, you’re not alone. According to a recent article from the Daily Finance entitled “Die Broke — on Purpose: An Unconventional Retirement Plan”, nearly 46% of people die with less than $10,000 to their name.  So even if you are able to leave something behind to your beneficiaries, you’re in the minority!

Although the article was more of a wake-up call calling our society to do a better job saving for retirement, it did also try to argue in favor of using up all your money during retirement.  This poses an interesting set of questions:  Why should we have any money at all when we die?  After all, we can’t take it with us.  Should we aim to use it all up before we move on?

Why Don’t We Leave Something Behind Anymore?

In the years past, it wasn’t that uncommon to hear about your elders leaving behind a few four, five, or even six figures to their loved ones.  And that should come as no surprise.  The previous generations (those from the Great Depression and surrounding eras) were much more frugal and better savers than we are.  They paid cash for their cars and settled the mortgages on their modestly-increasing-in-value houses ahead of schedule.  They didn’t have to worry about retirement because they had great pensions to depend upon.  And above all – they got by with a lot less than we do.  But that was then …
Today our society is squeezed harder than ever to make ends meet:

When you put things in that perspective, how can we possibly afford to leave something behind?

A Poor Excuse for a Lack of Planning

Perhaps you could sum up all the above arguments by saying that we’re not getting a fair shake and that our generation has it rougher when it comes to our finances.  But I’d say we’re just making excuses for a lack of planning.

I’m sure everyone has heard the maxim “When you fail to plan, you plan to fail”.  Those words apply eloquently to this situation as well.  Just because the rules of the game have changed doesn’t mean we have to lose.  Instead of whining how bad things are, we should be taking full advantage of our IRA and 401k options.  As imperfect as our retirement savings plans may be, they’re a whole lot better than doing absolutely nothing!

A plan to use every cent we have makes no sense to me for one very simple reason – none of us knows when we’re going to die.  If we all had expiration dates, this would be a very easy job because we could just divide our fortune by the number of years we’ve got left to figure out our remaining income.  But it doesn’t work that way.

Instead, we need to be concentrating on building assets that will generate cash flow for us after our working years have passed.  And once it’s our time to move on, we can leave those assets in the hands of those we feel deserve it.

You want to know how some of the richest families in America got that way?  By passing their money down from generation to generation.  If you were able to leave anything at all behind, think of all the debt you could erase, kids you could put through college, or start-ups you’d finance by having something to leave behind to your heirs.

Okay, so what if you don’t have a family or there is bad blood?  Surely there must be something else you care about in the world?  Research for cancer, diseases, illnesses?  A charity for animals, the poor, underprivileged children, or a cause you believe in?

My point is that the wealth you spent a lifetime building could be bigger than just funding your retirement.   It could really be used to make a huge difference for someone or something you believe in.  Don’t waste this chance to do something bigger than yourself.  Leave a legacy of generosity!

Utilize the Power of the Roth IRA

If you are thinking about leaving something behind to your loved ones or a just cause, consider stashing it away in a Roth IRA.  One of the big benefits of a Roth IRA is that if its value is under a certain threshold, it can be willed to a beneficiary without there being any estate taxes paid.  So not only are you doing something good for someone else, you’re also doing it the smart way!

Want to Retire Early? Here’s How We’re Doing It. 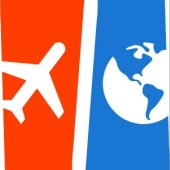