Go New Orleans Pass Review: Is It a Good Buy?

Headed to New Orleans? In this Go New Orleans Pass Review, I’ll explain how the pass works, what’s included, and whether it’s a good buy for you.

Home of the Mardi Gras celebration, New Orleans is always on – any day of week, any time of year. They say NYC is the city that never sleeps, but New Orleans gives it a run for its money. In short, it’s a partier’s dream destination.

But it isn’t just nightlife, although that scene is huge. The Crescent City is known for its historic architecture, unique culture, and Creole cuisine. Oh, and music — so much music!

Even if you’re not there for the party, there’s a lot to see and do in New Orleans. Exploring the French Quarter, touring the iconic cemeteries, marveling at the magnificence that is the Garden District…I could go on and on.

You can wander around by yourself in New Orleans and take it all in, and that honestly still sounds like a good time. But in such a historic city, you can learn so much from a knowledgeable tour guide. As you can imagine, tours in a major tourist destination like that are in demand and fairly expensive. New Orleans is not a cheap travel destination.

Luckily, there’s a way to go sightseeing in New Orleans without sacrificing experiences or breaking the bank. It’s called the Go New Orleans Pass, and I’m about to give you all the deets.

Save Up to 35% in New Orleans – With the Go New Orleans Pass, you can save up to 35% off admission prices to some of New Orleans best attractions and tours! Get started here.

What Is the Go New Orleans Pass?

The Go New Orleans Pass is your all-inclusive ticket to 27 of the city’s best experiences and attractions. Choose a one-, two-, three-, or five-consecutive day pass and visit as many attractions as you like, in any order. Just scan your pass at your first attraction to activate it. From there, you’re on the clock. It’s go time!

The benefits are two-fold. First, you get a convenient mobile pass that grants entry to any of the included attractions, eliminating the need to buy separate tickets. And second, the really important part: As with all the best sightseeing passes, you save money compared to paying regular price at the gate.

The Go New Orleans Pass includes entry to 27 attractions you won’t want to miss. Here are the highlights and regular adult admission prices.

How Much Does the Go New Orleans Pass Cost?

Now that you know what’s included, let’s take a look at pricing.

The Go New Orleans Pass is valid for one, two, three, or five consecutive calendar days. During that time, you can visit as many attractions as you like. The more you do, the more you save.

The three-day pass is the most popular option. It sells for $164 at regular price. As an example, let’s say you visit the first nine attractions listed above (3 each day). If you visited those nine attractions without the pass, you’d pay $281.70 for admission. That means you save $117.70 – or 42% – with the pass. While not as impressive as what you can get from some other passes, slashing your sightseeing expenses by almost half is an opportunity you don’t want to miss!

Top Reasons to Get the Go New Orleans Pass

The biggest reason to buy the Go New Orleans Pass instead of paying at the gate is that it saves you big money. If you’re strategic about how you use it, you can more than 40% on admission costs. I don’t know about you, but I would rather use that money for splurging on the local food! (Or whatever excites you as much as trying scrumptious new food excites me.)

Taking the bus tour early in your trip is a great way to get a feel for the city before you go exploring on foot. This tour includes all the major New Orleans districts, complete with expert commentary from your tour guide:

The Adventures in New Orleans Bus Tour is the most expensive attraction on the pass, so including it in your itinerary is a good way to maximize value.

New Orleans is famous for its iconic cemeteries and spooky history. There’s a whole cultural element to legends of ghosts, hauntings, and the like. I adore that kind of thing, so I was excited to see three eerie tours on the attractions list. Whether Halloween is your favorite holiday or you just love a good ghost story, you’ll enjoy one (or all!) of these New Orleans walking tours:

The Paddlewheeler Creole Queen Cruise is great because it combines several awesome things. You get to enjoy a cruise down the Mississippi River, see New Orleans’ major landmarks, and learn about the city’s history from a knowledgeable guide. And if that isn’t enough to entice you, you’ll also enjoy a guided walking tour through the Chalmette Battlefield.

The whole event lasts 2.5 hours, including the one-hour walking tour. I recommend taking the tour on a beautiful day and enjoying the water from the boat’s upper deck.

Other Benefits of the Go New Orleans Pass

Convenient Mobile Pass — I love that you buy the Go New Orleans Pass online, receive it via email, and can then keep it on your smartphone using the free Go City app. Going paperless is more convenient and better for the environment — win-win. If you’d rather have a paper copy, you can print it at home, no problem.

Free New Orleans Guidebook — The free guidebook includes essential attraction information such as address and hours of operation. Sure, you can find that online, but having it all in one place saves you the trouble of searching. You’ll also get trip planning tips and a guide to New Orleans.

Risk-Free Guarantee — If this review gets you so excited that you buy the Go New Orleans Pass on impulse, don’t sweat it. If you change your mind, you have 30 days to get a full refund on any non-activated pass.

Save Almost Half Off in New Orleans – Get the Go New Orleans Pass and save on some of the best museums and tours of the city. Learn more here.

I think the Go New Orleans Pass offers impressive variety, especially given it only includes 27 attractions. You get a bunch of tours, a cooking class, a world-class museum, the zoo and aquarium, and bike rentals.

One thing that’s missing, though, is a show at Preservation Hall. This won’t be a big deal to all travelers, but jazz lovers will be disappointed. While the pass does include the Music of New Orleans Tour, the option to reserve tickets for a performance would take the pass to the next level.

For that matter, nightlife of any sort is absent. That feels strange, since that’s what New Orleans is arguably most famous for.

Who Should Buy the Go New Orleans Pass?

Who Should Skip the Go New Orleans Pass?

Tips for Getting the Most from Your Pass

Take the Bus Tour — If the Adventures in New Orleans Bus Tour sounds like something you’d enjoy, it’s a great way to drive up the pass’ value. With a $46 regular admission price, it’s by far the most attractive option on the menu. In general, it’s best to choose pricier attractions to make sure that the value of the pass exceeds what you paid. Most the options on the pass have higher price tags, but there are a few that cost less than $10, so don’t load up on those.

Do Two or Three Attractions per Day — Another way to make sure you get the best value from the pass is to use it a bunch. It depends on the regular price of the attractions you choose, but doing two or three per day usually puts you in the clear. The last thing you want is to lose money by not using it enough.

Book Your Tours in Advance — Be aware that advanced reservations are required for many of the tours. That means a little planning will be required to avoid disappointment. But don’t worry, your free guidebook has all the details for quick reference.

Start Early in the Day — Like most all-inclusive passes, the Go New Orleans Pass is valid for consecutive calendar days, not 24-hour periods. That means if you buy a three-day pass and activate it at 1 pm on Thursday, you have the rest of Thursday, all of Friday, and all of Saturday. Do you see the problem? By waiting until 1 pm to activate your pass, you sacrifice half a day of sightseeing. By starting early, you can fit in more, maximizing the value you get from the pass.

How to Get the Go New Orleans Pass

Getting the Go New Orleans Pass couldn’t be easier. Buy it online and find it in your inbox minutes later, complete with instructions. If you want to keep things digital, you can download the free Go City app and launch your pass there, ready when you are. If you prefer a paper copy, just print it off.

The Bottom Line: Is the Go New Orleans Pass a Good Buy?

If you’re the type who prefers to do a tour or a museum here and there, mixed in among other activities, then you probably won’t save money with the Go New Orleans Pass.

But if you’re a tour junkie or a history buff who is game to take on two or three attractions per day, the Go New Orleans Pass has what you want and will save you lots of money! Charge ahead!

What’s on your New Orleans wish list? Let us know in the comments.

Seattle CityPASS Review 2020: Should You Get It?

Houston CityPASS Review 2020: Is It a Good Deal? 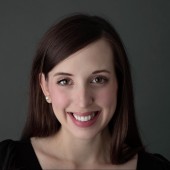